A History of the Townsend Post in a Newspaper Series;

From the 1889 National Sons of Veterans Encampment.

The National convention of Sons of Veteans assembled at the rooms of post L. O. Morris, G.A. R. this morning at 10 o’clock. About 75 delegates were present. A committee on credentials was appointed and the convention adjourned for dinner.
The delegates re-asembled at 1:30 0’clock.

The committee on credentials reported and the delegates of post 1 of this city were admitted by a unamimous vote. During the debate post 1 was referred to as ” the father of the order”.
Capt. George Addington was admitted and received with considerable applause.

Finding that his associates in post 1 would not be admitted as spectators, Mr. Addington made an able speech which resulted in securing their admission by a unanimous vote. This was considered a great victory by the members of this post and is taken as an omen that their suspension by the state department will not be sustained. The articles of consolidation were read and many speeches made regarding the different clauses. 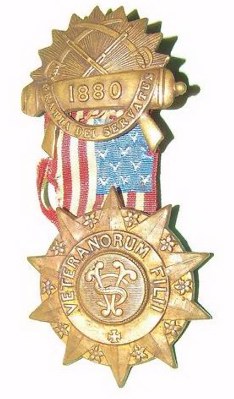 Sons of Veterans: A Convention to Ratify the Constitution of the Camp and Post Systems

The national council of administration of the post system, Sons of Veterans, met at the G.A.R. headquarters in the state hall last evening and approved of the action of Department Hyde in suspending Frederick Townsend post #1 of this city until the meeting of the national encampment next August. E.A. Andres of this city was chosen delegate and J.H.E. Jay, alternate to the encampment. At 11 o’clock this morning the national convention was called to order in the rooms of Post 121 at 480 Broadway by George W. Marks,
of Brooklyn, commander-in-chief of the post system of the United States.

About 100 delegates were present, who represented post in New York, New Jersey and Pennsylvania.

Commander Marks stated that the object of the convention was to consider a propostion to consolidate the post
and camp systems using the word, “camp” instead of “post” and “comrade” instead of “brother”.

The president appointed the following committee on credentials: Chairman, C.F. Finehout of Brooklyn;
A. Thourat of Trenton, New Jersey; C.W. Davidson of Cooperstown; John J. Caffrey of Brooklyn and W.A. Hyde of Wolcott.

After the death of Post Colonel Rain of Cohoes and of the camp sysytem had been announced, the convention adjourned till 12:30 for dinner.

It was after 1 before the session was again called to order. The doors were closed and the discussion was begun.
If the matter is settled, Frederick Townsend post will make a parade this evening.

Sons of Veterans: Meeting of the State Council-The Special Convention

The State council of administrtion of the post system in session yesterday aporoved of Department Commander Hyde’s action in suspending Frederick Townsend Post 1, of this dity until the meeting of the national encampment in August next. The council also elected as delegate to the national encampment E.A. Andrews of this city and alternate, J.H.E. Hyde. 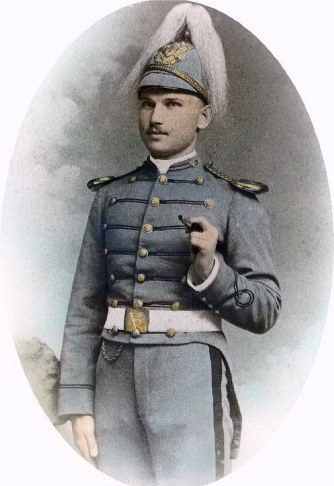 The special national convention to consider the question of consolidating the two systems of the Sons of Veterans,
met at the headquarters of Post 121 on Broadway at ten o’clock this morning. About seventy-five delegates were present.
Commander-in-chief George W. Marks, of Brooklyn, of the post system, called the meeting to order.
A recess was then taken in order to give the committee on credentials time to make out their list.
The Albany delegates present were A.K. Pruyn and A. Andrews of Post 30, John J. Dowling, P.C.C. and George Addington, Post 1.

The convention reconvened at 11:15 when the credential committee asked for further time,
which was accorded them, an adjournment being taken until 12:30.

It is rather a significant proceeding that the special national convention today admitted the delegates from Frederick Townsend post No. 1,
S of V, thus reinstating them despite the fact theat the state national council of administration of the post system yesterday suspended that post until August next. Commander-in-Chief Marks gives them recognition and their per capita tax was also received.

The convention met at one o’clock and immediately went into executive session.
A stormy time in anticipated as the delegates for and against the consolidation of the post and camp sustem are equally divided.
The prevailing impression at this time (three 0’clock) is the those for consolidation will carry the day.

In honor of the special national convention held here today the Sons of Veterans under the command of Captain Addington, will make a stret parade over the following route of march:

The Veterans Sons: Post and Camp Systems Consolidated – An Evening of Serenades

The special convention of Sons of Veterans late yesterday decided by a vote of 80 to 25 to consolidate the post and camp systes.
The consolidation was effected after several hours debate. The cmp system advocates agreed to abolish the rule making grandsons of of veterans eligible to membership in the order. The union of the camp and post system will tke place in 20 days.

Last night Federick Townsend post escorted the delegages over this route to march: State to Broadway, to Hudon Ave., To Eagle, to State, to Lark, to Washington Ave., to Eagle, to State, to armory. The parade was in honor to the convention and the recognition accorded Fred Townsend post. The procession made a halt in from of Gen. Townsend’s house on Elk Street,
where the general made a short address and the delegates were presented to him. Commander-in-Chief Abbott of the camp system,
State Deparmtent Comander-in-Chief Morris of the post system were serenaded at Stanwix Hall and made short addressess.
A collation was served athe post’s rooms on the conclusion of the parade.