You are here: Home / Our Services / ROTC/JROTC Award 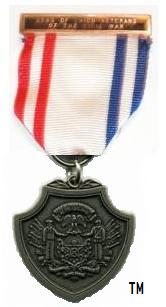 Why we Honor the Cadets of the ROTC/JROTC

The Sons of Union Veterans of the Civil War Preamble reads –
We, the descendants of soldiers, sailors, or marines who served in the Army or Navy of the United States of America during the War of the Rebellion of 1861 to 1865, have formed this patriotic and fraternal Order, for the purpose and objects in this Constitution set forth; and in so doing pledge ourselves to commemorate our fathers’ deeds; to render loyal service to our Country, and to promote the maintenance of unqualified American citizenship with respect for and honor to the flag.

By honoring deserving cadets, we help promote the maintenance of unqualified American citizenship because it will be these young people who will eventually serve in our Nation’s military, under the flag our forefathers fought to preserve.

Our Purpose and Objects include –
… to cooperate in doing honor to all who have patriotically served our country in any war; to teach patriotism, and the duties of citizenship, the true history of our country, and the love and honor of our Flag; to oppose every tendency or movement that would weaken loyalty to, or make for the destruction or impairment of our constitutional Union; and to inculcate and broadly sustain the American principles of representative government, of equal rights, and of impartial justice for all.
We believe it right to award those who have stepped forward to accept the challenge of leadership in defending our Nation’s flag, principles and freedoms. By honoring those who serve today, we show our respect for those who have served in all others war in the past. 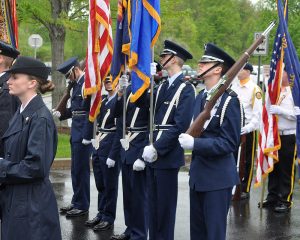 The Criteria for Receiving our Award
Our definition of a deserving cadet is one that “shows a high degree of patriotism to his/her Nation and has demonstrated a high degree of academic performance and leadership.” The Col. George L. Willard Camp No.154 reserves the right in determining any additional requirements that may be used to determine a “deserving cadet.” One cadet will be awarded each year with the SUVCW ROTC Medal and Certificate.

Application Award Requirements
1. The “Deserving” Cadet must show and if at all possible be recommended by the ROTC Officer,
2. The Requirements for deserving said Award must be proved beyond a doubt to the Camp.
3. The Award Application must be filled out and if possible submitted 30 days prior to the Award Ceremony.
4. The Col. George L. Willard Camp No. 154, Dept. of New York, SUVCW must be listed as the 1st Sponsor on the application.
5. Send the completed ROTC Award Application Form 7 electronically to rotc@suvcw.org 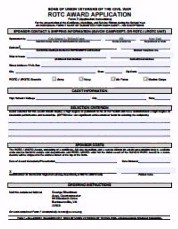