You are here: Home / Our Services / Covell Scholarship Award 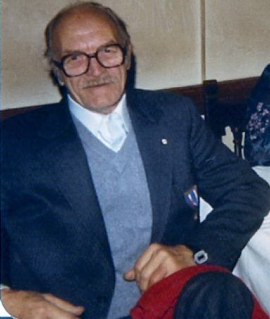 Who was Carlton E. Covell?

The Carlton E. Covell Award is named after Mr. Carlton Ellsworth Covell, a long time member of the Sons of Union Veterans of the Civil War and past Camp Commander of our local Col. Willard Camp. He was also the Past Chapter President of Saratoga Battle Chapter of the Sons of the American Revolution.

Mr. Covell’s grandfather was Walter Covell, who was a Private in Company H of the 3rd NY Light Artillery during the Civil War. Private Covell enlisted in the Union Army on December 5th, 1861 and was discharged on December 7th, 1865. He served as a bugler.

The award is given to one student per year, at the time of their graduation. We cycle the award each year via each school.
Going in alphabetical order by school name. Followed by CBA the next year and then LaSalle Institute the following year. Then to recycle back again.
A Senior who during their School career has demonstrated an excellence in grade average in the subject of Social Studies / American History.

What is the Award?

A one time, yearly joint cash award in the amount of $200.00 to be awarded to one student from the Col. George L. Willard Camp No.154, SUVCW
in conjunction with the Saratoga Battle Chapter, SAR, upon Graduation with an Award Certificate suitable for framing by the Willard Camp.

How Do I Apply?

The student will be recommended to the Camp by the school Guidance Counselor and/or History/Social Studies Head.
The student may also apply directly with testimony and recommendations of academic achievement in History/Social Studies.
Said Student must communicate directly with our Covell Award Committee Chairman Officer.
Said Student will be approved by Camp Vote by Recommendation of Covell Award Officer at our May Meeting.
Deadline for Award Submission Nominations is April 25th.

Mail your Nomination with supporting documentation to the Covell Award Officer.

If you have any questions, contact Covell Award Officer (Standing Committee Chairman): 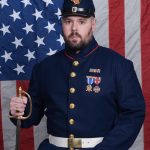