Remember Ellsworth!: A National Sesquicentennial Event of the SUVCW

This National Event was Conceived and Organized by
Bro. Raymond W. LeMay 111, PCC
With assistance from the Col. Elmer Ellsworth 150th Committee and the Dept. of NY SUVCW. 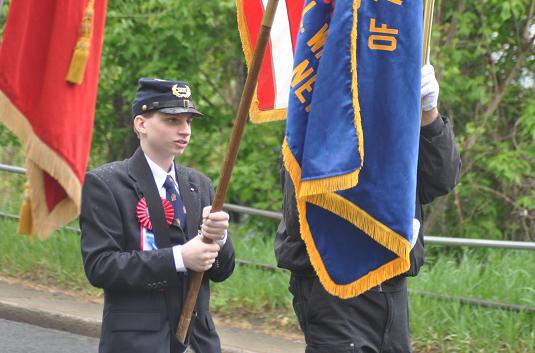 On May 24, 1861, While removing a large Confederate flag that had been flying over an inn in Alexandria, Virginia the 24-year-old Colonel Ellsworth of the 11th NYSV was shot and instantly killed . He was a ‘student’ and observer of French Zouave military units in the Algiers and he became world famous for his drill team. In 1860, while in Springfield Illinois, he studied law in Lincoln’s office and also helped him with his presidential campaign. Ellsworth was a frequent visitor to the White House and befriended both Willie and Tad Lincoln. After his death Col. Ellsworth’s remains would lay in state in the White House; the passing this family friend deeply affected Mr. Lincoln. It was estimated that 10,000 citizens in New York City viewed his body. His remains then made their way by steamboat up the Hudson River to Albany, NY where they were they were available for viewing at the Capitol. The entourage then made its way by special train from Troy to his hometown of Mechanicville for burial. “Remember Ellsworth !”would become a rallying cry for the Union cause starting with the First Battle of Bull Run.

On May 15, 2011 in honor of Ellsworth’s sacrifice, and after a year-and-a-half of planning by the Dept. of New York and several months of fine-tuning with the help of the Col George L. Willard Camp #154, this Signature Sesquicentennial Event successfully was held in the Hudson View Cemetery in Mechanicville New York. The weather was like the day of Col. Ellsworth’s funeral on May 24, 1861, rain dogged the attendees but none were daunted by the weather. An estimated crowd of over 500 people attended in addition to Gold Star Mothers, veteran’s groups, reenactors that included a number of Zouaves (Rockford Grays, Salem Zouaves, 5th NY Duryeas Zouaves, 14th Brooklyn), and several Sons of Union Veterans Camps including to name a few Willard, Worden, Sydney, and Tanner Camps as well as other reps from other Depts. 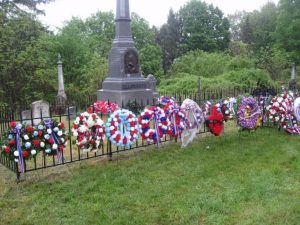 Post-event comments from individuals and organizations were very positive; all were pleased with the success of the event in spite of the weather. 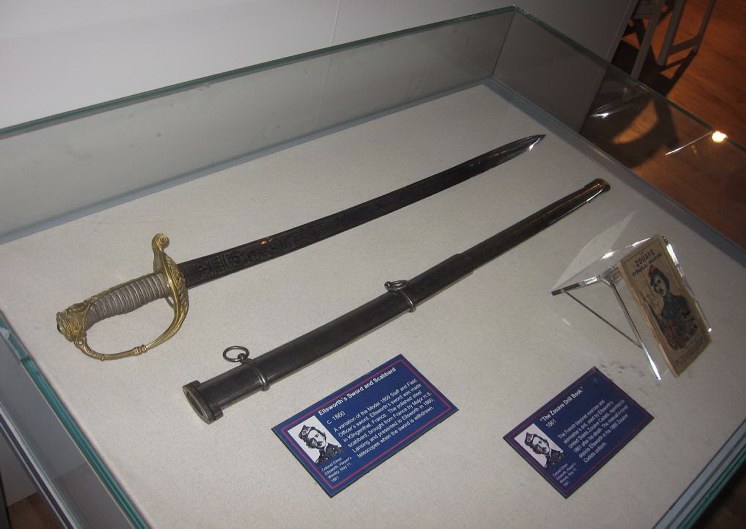 Gallery of Photos of Participants of the Ellsworth Event 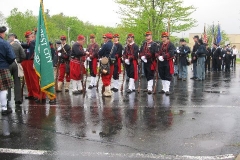 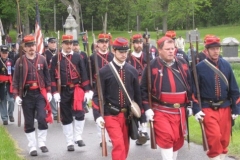 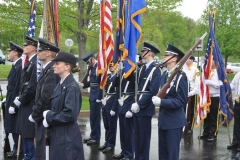 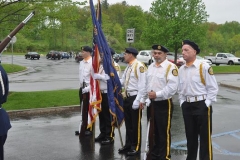 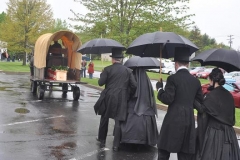 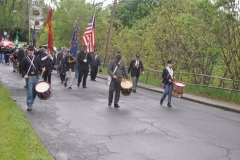 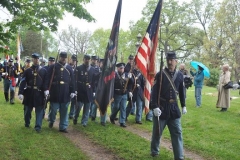 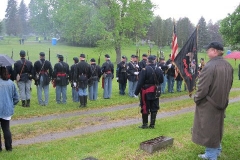 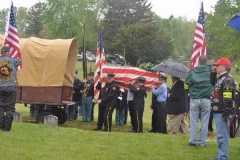 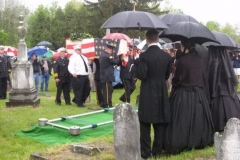 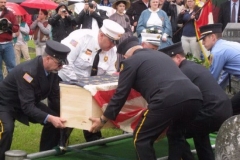 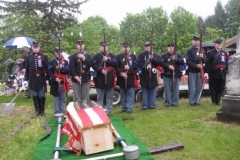 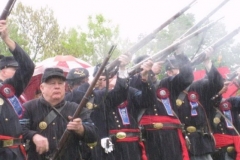 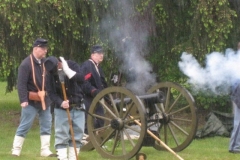 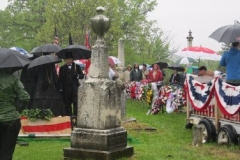 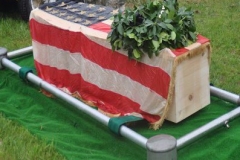 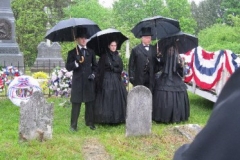 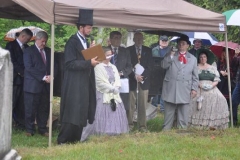 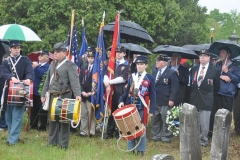 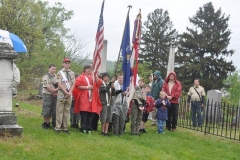