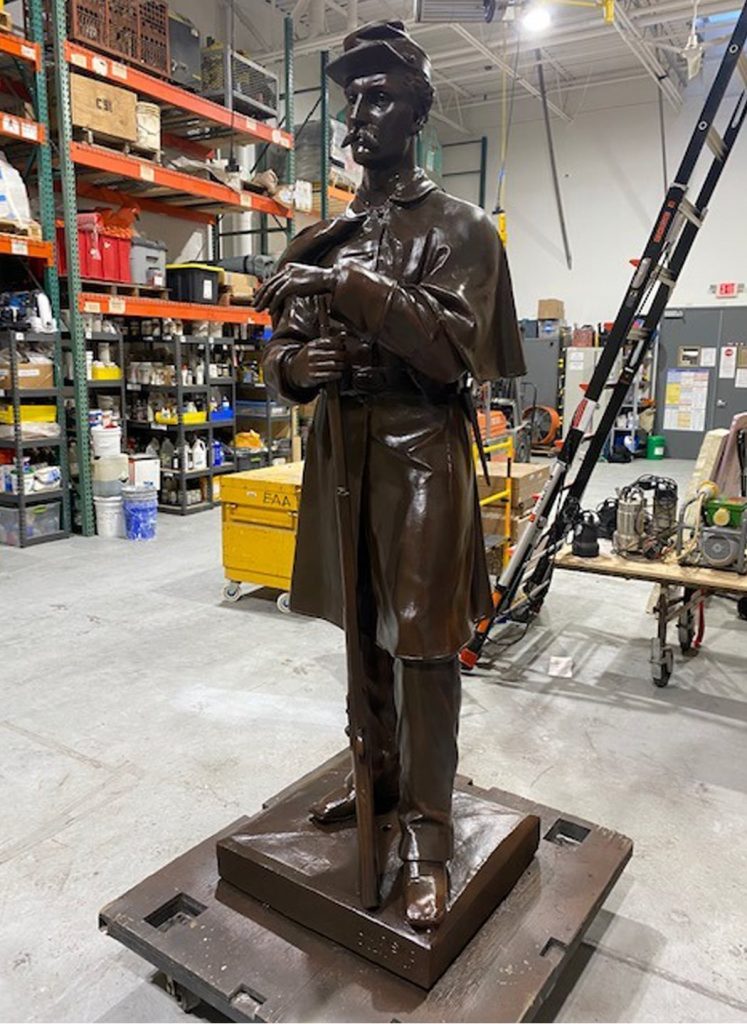 and there are plans for a dedication ceremony this Spring/Summer of 2021 details will follow.

The next steps involve mounting the statue, cleaning the base, security installation, and landscaping.

Thank you again for all of your donations and support!

And, we would also like to express our appreciation to the City of Saratoga Springs for spearheading this project, and for all they have done.

(Photo Courtesy of The City of Saratoga Springs DPW) 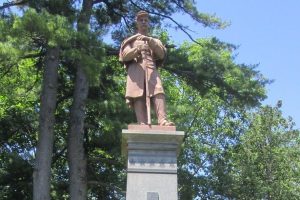 The Col. George L. Willard Camp No. 154, Albany, NY, Sons of Union Veterans of the Civil War (SUVCW) would like to express our appreciation to each donor for your contribution toward this project on the restoration of the 77th NY Monument Statue in Congress Park, Saratoga Springs, NY.

We have held many meetings and phone calls with the City of Saratoga Springs DPW regarding the completion of this project. Commissioner Scirocco has informed us that that the monument will be back in the park, as soon as they are able, this spring. He indicated that the restoration process is going great and the statue will look better than ever.

Additionally, as part of this project, we are looking at improvements to the landscaping and security of the area. Commissioner Scirocco has emphasized the importance of new security cameras to protect the statue going forward and plans to run the wiring for their setup when the ground thaws. The city of Saratoga Springs makes the ultimate decision on matters regarding the monument and we are supporting their efforts.

The local camp of the Sons of Union Veterans of the Civil War (SUVCW), Col. G. L. Willard Camp 154, has started a GoFundMe Page in response to the destruction of the statue on a monument dedicated to the 77th New York Volunteer Infantry, The Saratoga Brigade, with the goal of raising money to restore the monument.

The 77th New York Volunteer Infantry unit was organized in Saratoga Springs and was mustered into service there in November 1861 for a period of three years.  The regiment served during the entire war and was not mustered out until June 1865.

Willard Ribbons can now be ordered