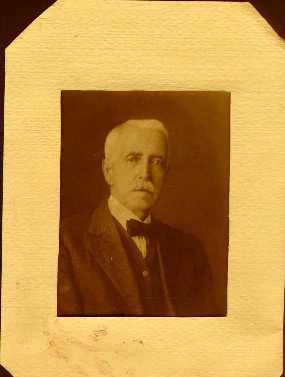 John Speaker Osler was born in Elkland Township, Sullivan County on August 21, 1839.
Osler joined up with Company C of the 12th Regiment of PA Reserves Infantry.
Enrolled on June 20th, 1861 at Troy, PA for 3 years.
July-August 1862; sick in hospital since May 23rd, 1862.
Discharged at Langley, VA May 31, 1862 on Surgeons Certificate of Disability, order by Gen. McClellan for chronic rheumatism.
He was sent by the Army during the War to Elmira to recruit more soldiers, and that he was injured twice in battle and hospitalized in Washington, D.C.
He lived for many years after being honorably discharged from the Union Army on a farm near Elkland.
At the time of his death, he was receiving a pension of $100 per month for his war service.
He died on July 18, 1934 at the home of his daughter in Montour Falls, NY.
Pvt. Osler was a member of the G.A.R. 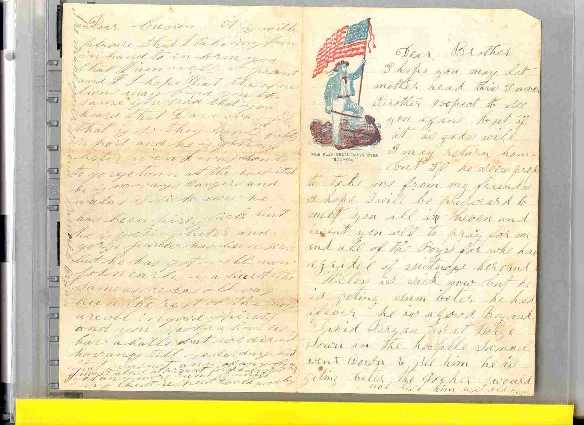 Shown first are two pictures, the front and back of Osler’s preserved letter, and a translation provided by Leo McGuire. The slogan under the flag stamp in the letter reads “The Flag Will Fly Over Sumter” in reference to the first shot of the War when Southern troops fired on and seized Fort Sumter at Charleston, SC. 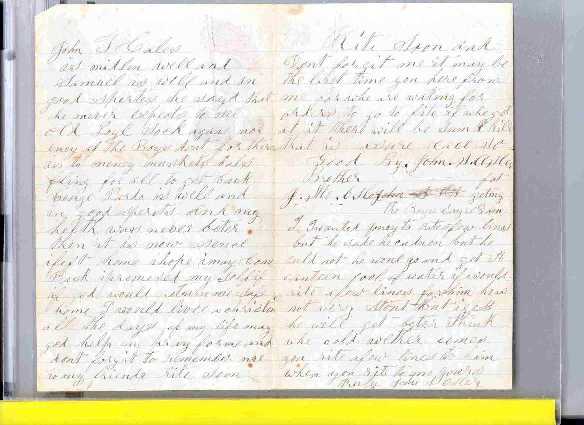 Dear Brother,
I hope you will let mother read this I never brother expect to see you again. If it is gods will I may return home but if he sees proper to take me from my friends I hope I will be prepared to meet you in heaven and I want you all to pray for me and all of the boys for we have a great deal of sickness here and Wales is sick now but he is getting sum better he had a fever he is a good old boy and David Bryan is at Gorgetown in the hospital. Samuel went down to see him he is getting better the doctor would not tell him… John T. Sales is midlen well and Samuel is well and in good spirits he sayed that he never expect to see old LoyalSock again not any of the boys don’t for there is to many musket balls falling for all to get back George Tardo is well and in good spirits and my health was never better then it is now since I left home I hope I may come back I promised myself if god would return me safe home I would live a Christian all the days of my life may God help me pray for me and don’t forget to remember me to my friends write soon write soon and don’t forget me it may be the last time you hear from me for we are getting orders to go to fight if we get at it there will be some killed that is for sure so good by
John S. Osler
Brother,
The boys say I am getting fat. I wanted Goney to write a few lines but he said he couldn’t but he could not. He went to go get a canteen full of water of would write a few lines for him. He is not very he will get better I think when whether someone writes a few line to him when you write to me. Yours Truly, John S. Osler
(Osler’s letter was written somewhere in the vicinity of Washington, D.C but we are not sure when.)

A copy of his obituary from the Sullivan Review at the time of his death. 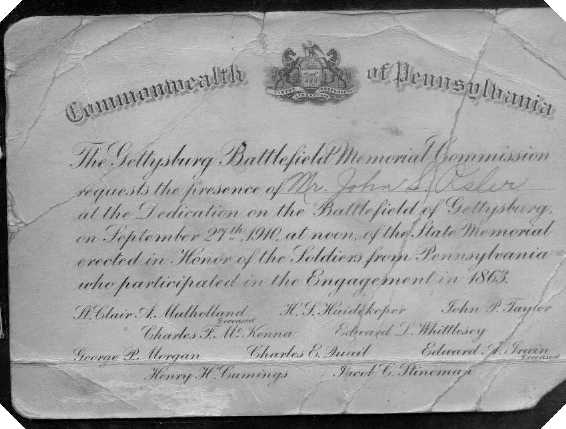 An invitation received by Osler to participate in the Gettysburg commemorative ceremony of September 27, 1910. 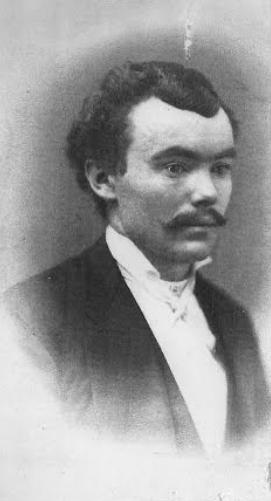 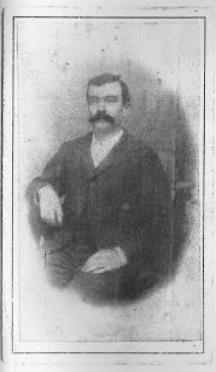