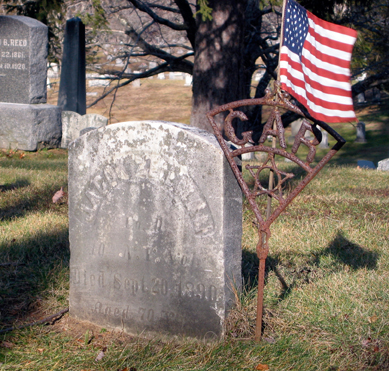 On September 16, 1852, the 10th Regiment of the National Guard of New York was accepted by the State as volunteers for a service of nine months. It was organized at Albany, and mustered in on November 21, 1862. Jacob Zeilman, 34, and his younger brother George, 26, were among the volunteers.
The regiment left the State December 16, 1862. On its arrival at New Orleans it was attached to the Third Brigade, Second Division, Nineteenth Corps, and served in holding the defenses of New Orleans until March, when the campaign of Louisiana was commenced. It served with the brigade in two campaigns on the Amite River. It then participated in the campaigns from New Orleans to Port Hudson. In April, Jacob was promoted to 5th sergeant to fill the vacancy caused by the death of George W. Kilbourn.
Large numbers of the men of the 177th were soon prostrated with diseases peculiar to the country and to camp life. During its service the regiment lost by death 160 officers and enlisted men, but most, 152, died from disease and causes other than combat.

Bonnet Carré (Point), St. John the Baptist Parish, was an important post on the Mississippi, being one of the main defenses of New Orleans. There was a hospital there where Jacob spent the months of May and June (probably with Typhoid fever). He would have missed the principal action in which the 177th participated: the siege of Port Hudson, May 21–July 9, 1863, a Union victory. 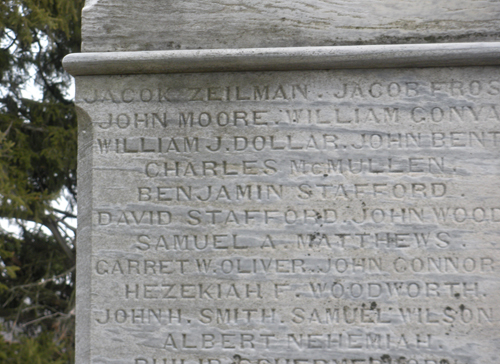 Jacob died at St. Peter’s Hospital, Albany, on September 10, 1890, aged 62 years. He was buried at Prospect Hill Cemetery in Guilderland, N.Y., where his headstone is adjacent to the cemetery’s Civil War monument.
On both his headstone and on the monument, his name was inscribed incorrectly as “JACOK” (read: JACOB).